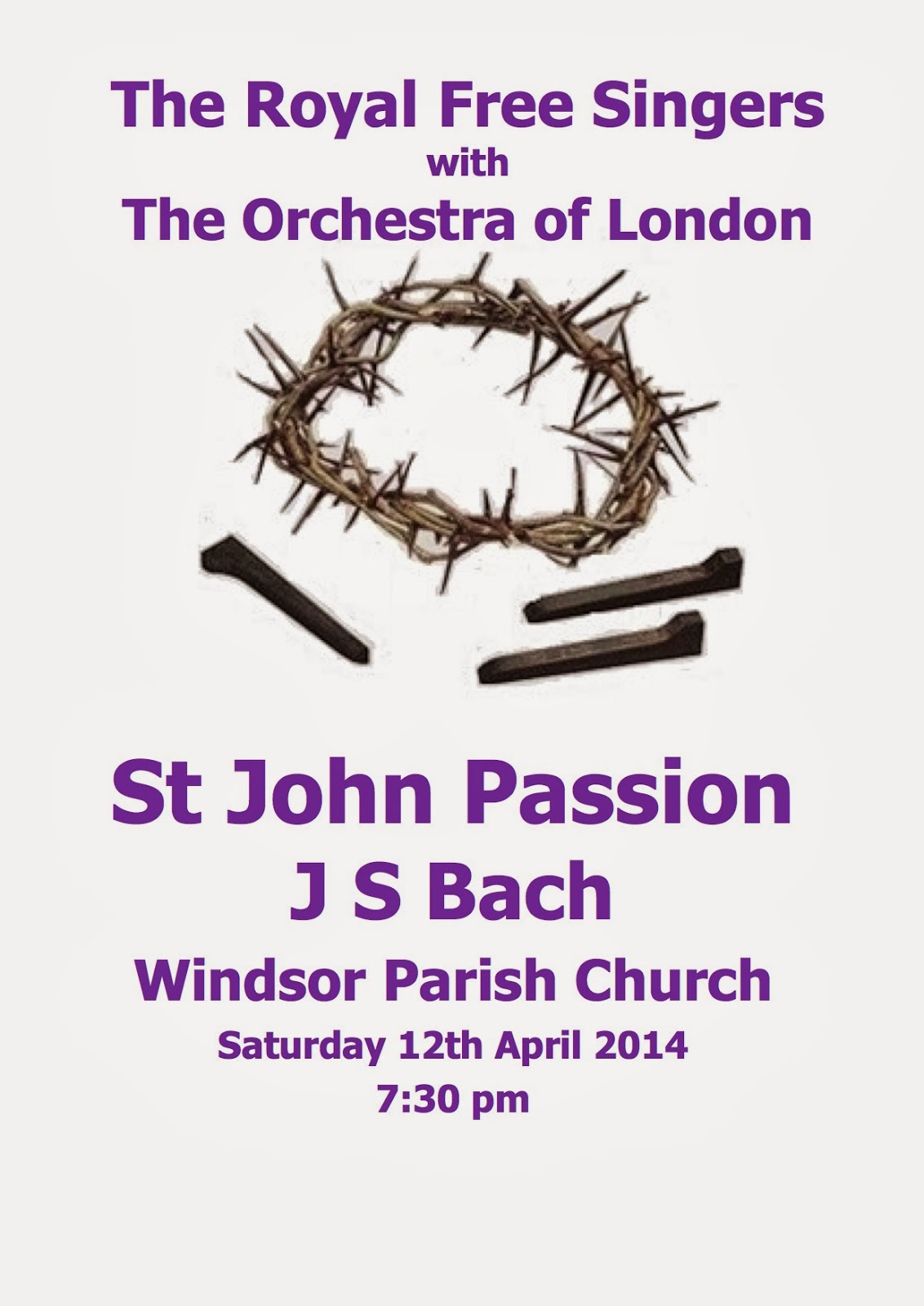 The earlier of Bach’s two surviving settings of the Gospel Passion narrative, the St John Passion is perhaps less well-known than the larger scale St Matthew Passion but it is in many ways the more audacious and original.  The first performance was on Good Friday, 7 April 1724, in Saint Nicholas Church, Leipzig.  After the Magnificat (first performed the preceding Christmas) it was his first large scale work since being appointed Cantor for the Leipzig churches in 1723.

The work consists of the Gospel text (narrated in recitative by a tenor representing the Evangelist, with other solo voices taking the parts of Christ, Pilate, Peter and the High Priest’s servants, and the choir those of the priests, disciples, soldiers and the crowd), ten reflective arias and a set of eleven reflective Lutheran Chorales, the whole being framed by two large scale choruses.

The Royal Free Singers were joined by professional soloists and accompanied by a professional orchestra - a truly memorable performance.