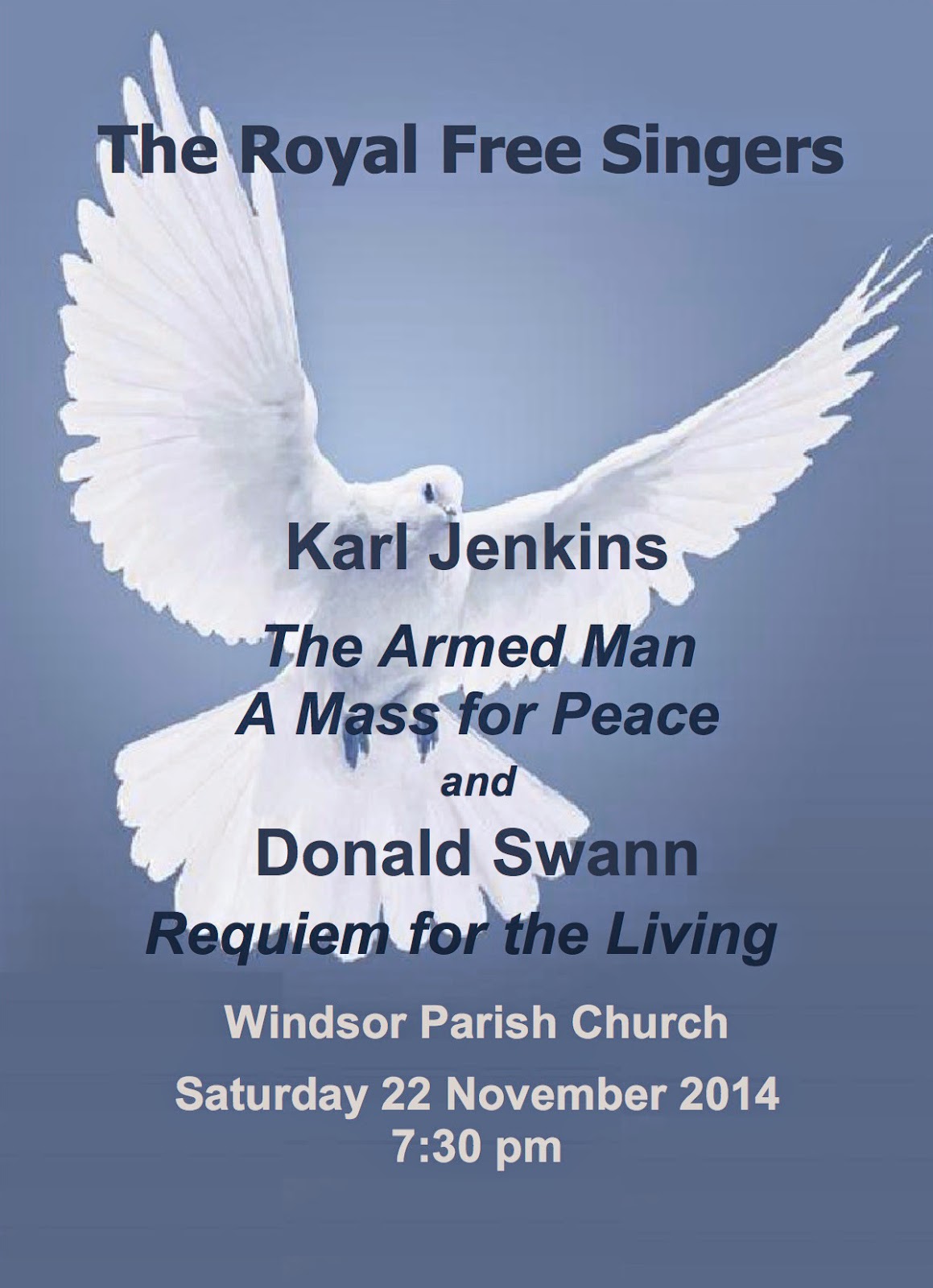 The Armed Man
and
Requiem for the Living

The two works in this concert are both pleas for peace.  Donald Swann’s Requiem for the Living (1971) is a setting of C Day Lewis’s 1962 poem, which uses the structure, but not the text, of the Requiem Mass to make a vivid plea to abolish nuclear weapons and respect the beauty of the world, which a nuclear holocaust would destroy.
The Armed Man subtitled A Mass for Peace and dedicated to victims of the Kosovo crisis, was commissioned by the Royal Armouries Museum to mark the museum's move from London to Leeds.  It intersperses movements from Catholic Mass, with the fifteenth century French folk song L’homme armé and texts selected by Guy Wilson, then Master of the museum, from other religious, literary and historical sources, including the Islamic call to prayer, the Bible, the Mahabharata and works by Kipling, Mallory, Tennyson, Swift, Dryden, Wilson himself and Sankichi Toge, a survivor the Hiroshima bombing, who later died of leukaemia.
Posted by Patty at 12:03