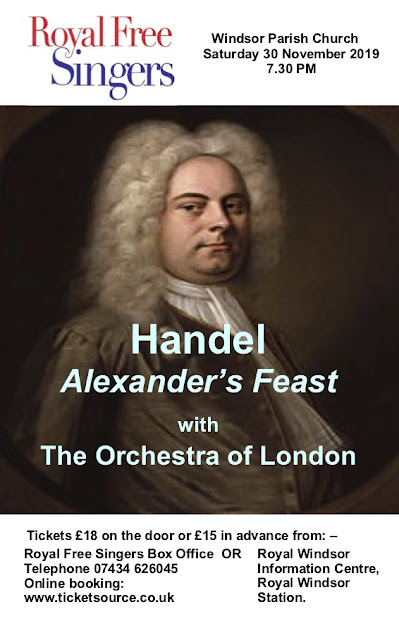 With four professional soloists, we are delighted to be performing Handel’s setting of a libretto based on John Dryden’s ode, Alexander’s Feast or The Power of Love.
Composed in 1736 and premiered at Covent Garden Theatre, London, this magnificent piece describes a banquet held by Alexander the Great in the captured Persian city of Persepolis.  Encouraged by his mistress, Thais, and the singing of the Greek army’s resident musician, Timotheus, an increasingly intoxicated Alexander and his guests set about burning down the city in order to avenge the Greek soldiers killed in battle with the Persians.
The success of this work encouraged Handel to make the transition from writing Italian opera to English choral works.
Posted by Patty at 06:46